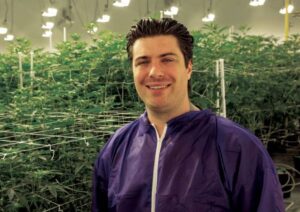 This morning in the NV Weed trial, lawyers for the plaintiffs asked the judge to order key witnesses to appear in the trial who have not been served subpoenas, including former Department of Taxation Director Jorge Pupo and Mr. Armen Yemenidjian.

Mr. Pupo, who is accused by the plaintiffs of accepting bribes in return for issuing Cannabis licenses, is supposedly now living out of state and is unwilling to appear. Pupo also may have come down with a sudden case of CV19. Test results are pending. But since he lives out of state the judge is refusing to order him to appear at the trial here in Las Vegas.

But Mr. Yemenidjian is a whole other issue. He has been missing now for months. Plaintiff’s Lawyer, Dominic Gentile, has been trying to serve Yemenidjian for months with a subpoena to appear at the trial going on this week with no luck.

Part of the lawsuit centers on the fact that Pupo and the Department of Taxation failed to conduct background checks on all shareholders of companies seeking Cannabis licenses, including Yemenidjian. Several folks close to the trial have said, based on their own investigations, they believe  Yemenidjian may have ties to the Armenian mob. $290 million is a huge motive that could explain why Mr. Yemenidjian is now missing. There are serious questions now being raised about whether Mr. Yemenidjian is hiding out of state, hiding out of the country or whether he’s still alive.

Yemenidjian’s father is Alex Yemenidjian, is the former CEO of Metro-Goldwyn-Mayer, president of MGM Resorts International under Kirk Kerkorian. Armen joined his father, CEO and part owner of the Tropicana before stepping down to pursue the Essence Cannabis License that is now in jeopardy of being declared null and void in this trial.

Here is an interview with Mr Yemenidjian from March 2019.