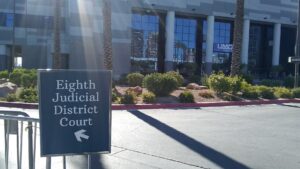 Imagine a trial where the outcome could null and void every single recreational pot license issued in Nevada. Where every powerful name in Nevada is twisted up in the trial of the decade. That’s exactly what is going on right now in a secret trial; secret, because the trial is not occurring in the court house. 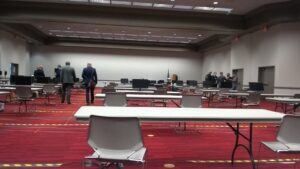 The bench trial (no jurors), started Friday in a clandestine room upstairs in the Convention Center, away from the public. The plaintiffs consist of about 60 people who applied for recreational pot licenses and were denied. They are suing Gov. Sisolak and the Department of Taxation who issued the licenses. These pot licenses were signed off by Sisolak right after he took office in 2019. The licenses which were issued to some of Nevada’s most powerful folks, like Harry Reid’s son, Rory Reid and Brian Greenspun, owner of the Las Vegas Sun newspaper.

The attached purposed finding of facts outlines corruption and the biggest scandal in Nevada in decades.

The finding of facts outlines the depth of the corruption Greenspun and others allegedly engaged in to obtain recreational license. They stacked their boards with minorities and bribed the temporary employees in the department of taxation who were the controlling authority for determining who would be get licenses and who didn’t. It’s so bad that the FBI is investigating the corruption and bribery allegations according to a very good source.

The law requiring only people with experience and an existing location was ignored. Background checks were not performed as required by law. So folks with no location were awarded licenses. The corruption was so bad that the only reasonable remedy is to throw out the entire process and void all the recreational licenses issued and signed off by Gov Sisolak. And that is exactly what the lawsuit and trial are seeking.

In November 2018, Green Thumb Industries, an Illinois-based company, agreed to buy the owner of the Essence dispensary for $290 Million.

360 News reached out to Mr. Greenspun but he refused to return our calls.