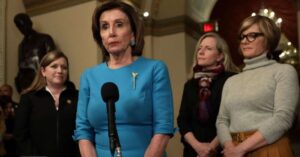 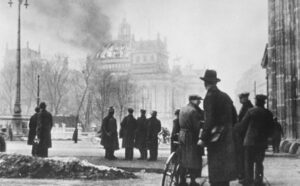 The Reichstag building was home of the German Parliament in Berlin. On Monday February 27, 1933, four weeks after Adolf Hitler was sworn in as Chancellor of Germany, the building was firebombed. Hitler’s government announced that Marinus Van Der Lubbe, a Dutch council communist, was responsible, and then went on to blame the fire also on the communist agitators. The day after the fire, the Reichstag Fire Decree was passed. The Nazi Party used the fire as a pretext to claim that communists and Jews were further plotting against the German government.

Following the Reichstag fire, Hitler urged President Paul Von Hindenburg to issue an emergency decree to suspend civil liberties and pursue a “ruthless confrontation” with the Communist Party of Germany. After the decree was issued, the government instituted mass arrests of communists, including all of the Communist Party’s parliamentary delegates. After the communists were arrested and their Parliament seats empty, the Nazi Party went from having a plurality to a majority, thus enabling Hitler to consolidate his power.

Hitler accused Communists and Jews of setting fire to the Reichstag, but many historians believe, based on archive evidence, that the attack had been planned and orchestrates actually by the Nazis as a false flag operation.

New evidence since Jan 6th has come out about the DC Riots. We’ve now learned they were planned before Pres.Trump’s speech. There were Antifa and outside agitators, not just MAGA folks. There were well equipped and prepared militia involved, according to numerous reports.

And just as Hitler used the Reichstag Fire as a precursor to destroy his enemies, the Dems have used the D.C. Riots to go after Pres. Trump himself and his loyal followers. Many of whom have now been fired from their jobs and cancelled from social media. The Dems used the D.C. Riots to permanently place thousands of U.S. troops and build a wall around the Nation’s Capitol. The Biden administration is purging Trump supporters from the military following the D.C. Riots.

Did the Dems use the Nazi playbook? Yes, Nancy Pelosi and the Dem media used the D.C. riots to stigmatize 74 million Trump voters and now they’re claiming Trump supporters are terrorists and secessionists. Their dangerous rhetoric threatens the peace and stability of what’s left of the Republic. 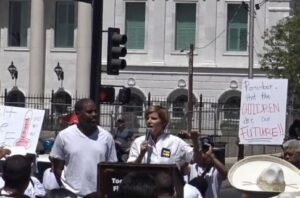 Now we know why the Dems pushed to defund our local police. Nancy Pelosi, with help from Socialist Democrats Susie Lee and Steven Horsford, passed a $2 Billion bill to fund the Capitol Police with plans to set a new national police force that answers to Nancy Pelosi. The Capitol Police plan to set up offices throughout the country including their first office in San Francisco in Pelosi’s Congressional District. The FBI answers to the Executive branch. Pelosi, like the National German Socialist Workers Party, used the “attack” on the Capitol as her justification to create her own Intel and police force. Who trusts Nancy Pelosi with her own National Police force?

Pelosi has refused to say what she knew and when did she know about the Intel from the FBI agents before the Jan 6th events. And recently Revolver reported the FBI had at least 30 agents participating in the Jan 6th events. While folks charged with trespassing at the Capitol are stuck in jail without bail, Antifa and BLM thugs who burned down American cities and killed countless innocent people are still roaming free. We’ve seen the depth of Pelosi and her Democrat Socialists’ contempt for the rule of law this last year.

With Pelosi’s new found national police powers to collect Intel, including monitoring your social media, it’s only a matter of time before the Pelosi Capitol Police knock on your door for posting that meme or video making fun of her now labelled hate speech and you an enemy of the state.

Pelosi will most certainly use her new Police force to target Republican lawmakers she labels potential threats. This new national Capital Police is taking our country down a very dark path. After Obama and the Dems weaponized the IRS, the FBI and the Intel communities to help destroy their political enemies, we know for a fact that we cannot trust any new national police operated by Dems and especially Nancy Pelosi.

The bill pass without a single Republican house vote.