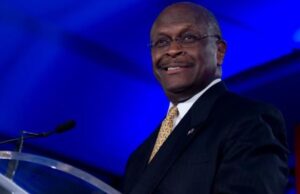 Herman Cain, who just passed away, is being used by the Dem media to strike Pres. Trump for holding a rally last month as the cause of his CV19 infection without any evidence. Cain was a cancer survivor which appears to be a deadly underlining condition.

The news coverage the Dem media are giving Cain today one would think they always honored and respected the man. But a short Google Search quickly brings up the smear job they did when Cain ran for President in 2011 in the Republican Primary.

Cain was a successful businessman, a conservative Black leader, a talented public speaker and a threat to Pres. Obama. So the Dem Media set out to destroy him with sexual harassment allegations. They trotted out feminist slip and fall lawyer Gloria Allred and a drudged up a “victim” to parade at a news conference. It worked and Cain was out of the race in short order.

Instead of trying to fight Cain’s political ideals Dems killed his name and reputation with sexual smears. By all measures Herman Cain was a good man trying to make the world a better place with his gentle kind smile. And that’s how I plan to remember him instead.