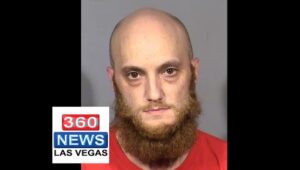 According to a newly released Las Vegas Metro Police report, the person who shot Republican Activist Paul Laramie in his abdomen Friday night around 12:30 is Nathan Hendershot. We’re not saying allegedly because Hendershot contacted police shortly after the incident on East Flamingo Road in the parking lot of Ichabod’s Lounge and told police he shot Paul in selfdefense.

According to Henderhsot, Paul started an argument in the parking lot as he was walking to his car. Paul then took off his jacket showing off his shoulder holstered pepper spray gun that looks like a real Glock. That’s when Hendershot claims he pulled his real gun and shot Paul in selfdefense.

Hendershot fled the scene but called Police from his home and turned himself in without incident according to the police.

We still haven’t heard Paul’s side. Paul is stable currently resting in the hospital according to his friends.

Hendershot was charged with Battery with the use of a deadly weapon and causing serious bodily harm. Justice Court ordered Hendershot to pay a $25,000 bail if he wants to be released.