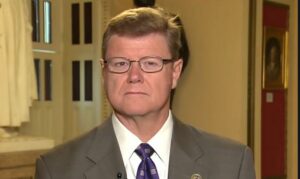 After almost 20 years in public office, including 11 years  in Congress and another 8 years in the Nevada Legislature, according to official Nevada Secretary of State Records, Lazy Mark has only donated a total of $12,000, most of which went to Adam Laxalt and various Republican County Parties since 2012. One of the reasons the Democrats have been so successful is that their leadership helps raise money for their up and coming candidates. If a Democrat gets Harry Reid’s endorsement, the wallets open all over the state for that candidate.

Mark Amodei has held one of the most secure Republican Congressional seats in the nation with a 14 point Republican voter registration advantage for the past 8 years. That means he is free to raise money and help other downstream Republican candidates both here in Nevada and in Congress. But Mark has been one of the worst fundraisers in the House. Nevada Congressional Candidate for CD 4, Jim Marchant, raised more then Amodei did in the first quarter this year.

Compare that to former Congressman Joe Heck who donated over $100,000, locally in Nevada, over the same 8 year period, since 2012.

Nevada Republican candidates downstream need leaders in office like Mark Amodei to help them raise money and get elected otherwise the Nevada Republican Party is doomed to a third party status as it is in California.

Copied directly from the Nevada Secretary of State’s website.