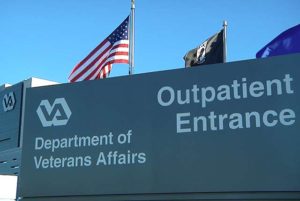 Today, from 5pm to 6pm, at the VA hospital on Losee, VA Director Peggy Kearns will take only pre-written questions at the FAKE Town Hall to address stories 360Daily.net has written about their failures, broken promises and killing patients with incompetent doctors and rules.

The VA spent over $100 million building four clinics around town promising to provide pharmacy and doctor care close to where Veterans live. But Peggy Kearns broke her promise and closed the pharmacies at the all four clinics forcing Veterans to drive up to the VA Hospital pharmacy (up to 80 miles from their homes round trip).

Under Peggy Kearns leadership, 40 year old Veteran Stephen Carey’s cancer went undiagnosed resulting in his death last year. It was treatable according to outside doctors if it had been caught earlier at one of his three VA doctor visits. Kearns failed to help pay for his funeral and now refuses to help his family, forcing them to sue in federal court for Malpractice. Those VA doctors still work there. And there are many many more cases like Carey’s pending right now.

The VA has been dumping patients into local private emergency rooms then refusing to pay the bills sticking Veterans with those charges.

VA RULES BEFORE VA LIVES is the problem with the VA.

Veterans who go to the VA emergency room must first go to their primary Doctors in order to get a referral to a specialist creating medical issues due to the delays in treatment.  At normal hospitals, the emergency doctor can write the referral saving lives. 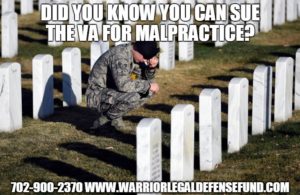