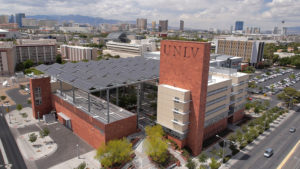 Right now the local news and police are reporting there’s an active shooter on UNLV. They are giving orders to huddle in place. Two years ago campus carry was defeated in the Nevada State Legislature. Liberals say this isn’t the time to talk politics. Actually its the exact time to point out the failure of gun free zones leaving people vulnerable to terrorists and mentally ill people.

It’s only the liberals who will scream not to politicize this horrible situation as they call for more gun control and blame this on a lack of background checks. But frankly it has been pro 2nd amendment people who have argued for years this exact situation is why students and teachers need the right to conceal carry on campus, so they don’t have to huddle in place waiting to for the worst.