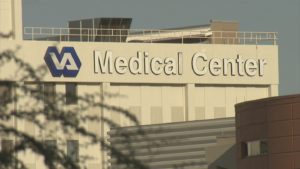 (Washington, DC) – Judicial Watch announced today that it sued several Veterans Affairs police officers and VA officials in connection with violations of the constitutional rights of Robert L. Rosebrock, a 75-year old Vietnam era veteran, who for nearly a decade has protested misuse of a 388-acre parcel of prime West Los Angeles real estate set aside to serve veterans.

The lawsuit seeks damages and asks the court to enjoin further violations of Rosebrock’s constitutional rights. It also asks the court to declare invalid a law VA officials have used to prohibit photography on the public sidewalk where Rosebrock holds his regular, Sunday-afternoon protests.  The complaint explains:

Plaintiff has held regular protests on the public walkway at the Great Lawn Gate entrance to the Los Angeles National Veterans Park every (or nearly every) Sunday since March 9, 2008.

Plaintiff records his protests with a camera and uses the images in email updates he sends to an informal group of like-minded individuals and supporters, which he refers to as the “Old Veterans Guard.” Plaintiff’s email updates are an important part of his advocacy for homeless veterans and respect for the American Flag.

Gate for allegedly taking unauthorized photographs of VA police officers citing a fellow protestor for allegedly posting the American Flag on a VA fence. On both occasions, Plaintiff was alleged to have violated 38 C.F.R. § 1.218(a)(10), which provides, “Photographs for advertising or commercial purposes may be taken only with the written consent of the head of the facility or designee.”

Rosebrock was handcuffed and forcefully placed into the back of a patrol car during the June 12, 2016 incident.  VA police confiscated Rosebrock’s cameras on both June 12, 2016 and June 19, 2016.

Earlier this year, a Los Angeles federal magistrate ruled that Rosebrock could not be criminally prosecuted for taking photographs at the “Great Lawn Gate” entrance to the Los Angeles National Veterans Park. The court also separately ruled that Rosebrock was not guilty of violating federal law by allegedly displaying two four by six inch American Flags above a VA fence on Memorial Day, May 30, 2016.

The Los Angeles veterans’ facility is located on a 388-acre parcel of land donated to the United States in 1888 to provide a home for needy veterans, but the VA has allowed the parcel to be used for a variety of non-veteran related purposes, including a baseball stadium for the UCLA baseball team, athletic fields for a private preparatory school, and a dog park.  Judicial Watch recently filed two Freedom of Information Act (FOIA) lawsuits (here and here) seeking information about use of the West Los Angeles parcel