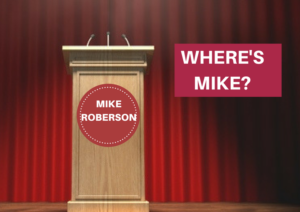 Last week, the Washoe County Republican Men’s club, held a candidate forum for the Lt. Governor’s race. All the candidates were there including Assemblyman Brent Jones, Uber Driver Scott La Fata, and Eugene Hoover, accept Mike Roberson who’s currently behind in the polls.

Mike Roberson not only skipped out on a chance to debate his fellow Republican Candidates, he skipped out of the Clark County GOP event the same night. So where was Mike Roberson? We reached out to his campaign but we have not received an answer back yet.

Yesterday, Mike Roberson skipped out again at the Veterans in Politics Candidate Event. Assemblyman Brent Jones was there ready to debate, Scott La Fata sent a representative, but Roberson again refused to debate his fellow Republicans in person.