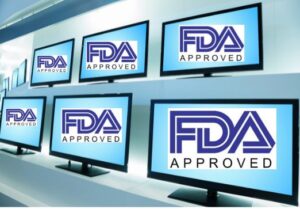 Pfizer reported $3.5 Billion in profits in the first quarter this year from its CV19 vaccine sales and expects $26 Billion in CV19 sales for 2021.

Every day the mainstream media promotes the benefits of the CV19 vaccines from Pfizer and Moderna while purposely downplaying any negative news, side effects and or injuries reported. Even though the vaccines are authorized by the FDA as experimental, the mainstream media continues to push the drug makers’ messaging, urging everyone to get the jab.

But many folks are asking whether the $5 Billion spent annually by drug makers on TV ads are a conflict of interest? Some are suggesting that the News Media should be required to disclose their conflicts of interest just as Wall Street executives have to when they appear on TV shows discussing stocks or investments.

In addition, many corporate news parent company board members also sit on the boards of Pharma companies.

Pfizer reportedly paid journalists’ air and hotel for a trip to a luxurious hotel to listen to the benefits of their drug products.

No law bans reporters from accepting money and gifts from companies or people they cover.