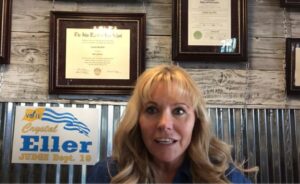 Judicial Candidate Crystal Eller was just sued, along with a dozen other defendants, on Oct. 7, 2020 by 10 victims alleging fraud, deceptions, violations of Nevada’s Mortgage Lending Fraud Statute, and crimes against the elderly (Case A-20-822640-C). The case seems to have triggered a Criminal Investigation by Las Vegas Metro Police’s Financial Crimes Unit. In addition, the Nevada Bar has assigned a detective to investigate Judicial Candidate Crystal Eller for her involvement in a national mortgage rescue company named Prodigy Fulfillment.

Prodigy Fulfillment promised folks behind on their mortgages, an audit of their mortgages by a lawyer (Crystal Eller) to determine if their loans had any legal defects they could exploit to stop a foreclosure action by the lender and or mortgage servicing company. Many folks paid up to $8,500 for this audit.

Eller and her company only promised to conduct an audit for the borrowers, not take any legal actions to help stop their pending foreclosures. The borrower would still need to retain a lawyer to filing either a BK or a lawsuit and injunction in a  Court, stop the lender from auctioning off and foreclose their home. The lawsuit claims her clients were misled in mailers into thinking Prodigy Fulfillment was going to help them stop their foreclosures, when all they promised to do was audit their loan documents. One mailer said “Call now. Cancel your mortgage payments! 24 Hour operators standing by.”

Eller’s folks claim she reviewed the mortgages and issued reports as promised in the retainer agreements. Those borrowers with a case could retain her or another lawyer to sue the lenders. Eller did represent some 24 borrowers in lawsuits against lenders during that same time period, according to court records.

The real issue for Eller may be that she may have conducted mortgage audits for folks living in other states, and that could be construed as practicing law in those states without a license, according the plaintiff’s attorney Trevor Hatfield.

According to Hatfield, he hasn’t been paid by the victims. He took the case on a contingency basis, so he only gets paid if he wins the case.

Eller’s defenders claim the lawsuit was filed right before the election just to hurt her chances at the polls. She hasn’t been served with the complaint yet, according to court records.

But all of this has triggered a lawsuit against Eller, an investigation by the Nevada State Bar and the Las Vegas Metro Police Financial Crimes Unit, according the attached emails.

360 News did reach out to Ms. Eller directly several times in the last couple of days with no response. 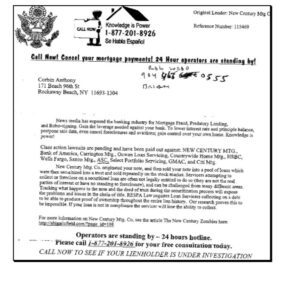