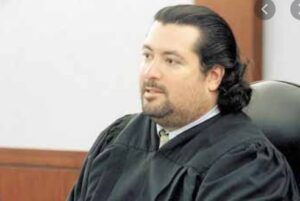 A parolee from Cali, while allegedly illegally selling weed on the strip, illegally caring a concealed firearm, he shot a man who refused to purchase from him.

Alleged shooter, Jonathan Rosales, is charged in Las Vegas Justice Court with assault with a deadly weapon and discharging a weapon where people might be endangered and Battery with use of deadly weapon. But he wasn’t charged with being a parolee in possession of a firearm or of not having a permit to carry a concealed firearm?

But to top it off he was only required to pay $3,000 bail to get out. Rosale is a felon just released from prison on gun charges, in possession of a firearm who shot an innocent tourist and all he gets is a $3k bail from Las Vegas court Justice Joe M Bonaventure.