While appearing at a family court custody hearing Friday, trying to save her daughter from a convicted abuser, Brittany Sheehan was arrested on a warrant from California where her ex lives. As detailed in a recent story on Redstate, Sheehan sat in jail all weekend awaiting her fate. Was she going to be shipped back to California to face charges?

According to the court docket, Sheehan was charged with “Arrest fugitive from another state on cmpl/warrant [54450]”. Now mind you, there was no custody order ever filed by any court in Nevada or California what so ever. She has no prior criminal record. She has a lawful restraining order signed off by a Nevada Judge against her ex from contacting her or her daughter. 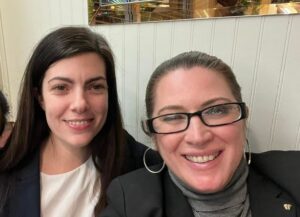 With the help of her friend Melissa Blundo and one of the best Criminal Defense lawyers in Nevada, Ozzie Fumo who stepped in to help her and after hearing all the evidence, Judicial Officer Goodman Ordered the following:

Brittany now must face the court in California who just now increased her bail to $250K following the local Nevada Court ruling.