JUDGES BACKING CV19 TYRANNY ARE PUTTING THE REPUBLIC IN PERIL

JUDGES BACKING CV19 TYRANNY ARE PUTTING THE REPUBLIC IN PERIL 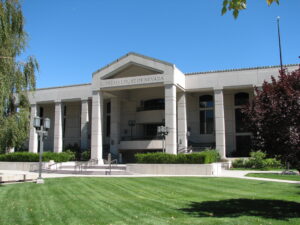 Never in my life have I heard any judge rule, they don’t have a say in a law or executive order. Never in my life have I seen judges completely ignore plainly written basic fundamental constitutional rights of millions of Americans. We have seen Democrat Governors wage war against Churches, small businesses, landlords, gig workers and now trying to control state boarders with health restrictions.

Politicians have always overreached and judges, most of the time, check their power. But we’ve seen the Supreme Court and now lower Nevada Courts judges completely ignore the rule of law and the Constitution. Since when does a Governor have the power, without any justification, to allow bars that serve food to remain open but close bars that don’t serve food claiming a threat from CV19. Judge Early didn’t require any scientific justification nor any health codes violations to close an entire group of businesses. BTW she’s retiring this year and not running for reelection.

Now, thousands of tavern workers and owners are being forced into poverty. Tavern owners hold a privileged license and as such are afraid of losing it to the Governor’s abuse of power. But with no end in sight and no standards set for reopening, people are becoming increasingly desperate and angry. History tells us this is how revolutions start. Judges act as a release valve for the political pressure cooker. Without that release valve violence is certain to follow. Human nature is as predictable as a wolf cornered and injured.