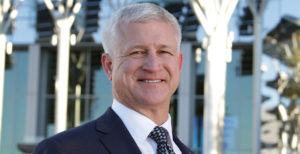 May 15, 2018
.
Tyson Wrench, a City of Las Vegas resident, filed an ethics complaint against Las Vegas City Councilman Steve Seroka. The complaint was officially received by the Nevada Commission on Ethics May 3, 2018. The complaint asserts that Councilman Steve Seroka has a relationship with the opponents of the Badlands Golf Course applicant that has been before the City Council for 36 months, and the complaint further asserts that a reasonable person would find Seroka to be biased in his voting on the item due to the recruiting and funding of his campaign for City Council by the opponents to the applicant.
.
The complaint goes on seeking an opinion on whether Seroka should have disclosed the relationships to the public and then abstained from voting on the agenda items. Brad Jerbic, City Attorney, should have been the one to advise Seroka of his conflicts under NRS 281A.420 which requires disclosure of conflicts of interest and abstention from voting because of certain types of conflicts; effect of abstention on quorum and voting requirements; exceptions. The Ethics Commission will evaluate the complaint filed by Wrench and determine if it warrants further action by the Commissioners.
.
On tomorrow’s City Council agenda there are nine items related to the 180 Land LLC applications. Numerous lawsuits have been filed by all parties related to Badlands development issues; naming the City of Las Vegas in those suites. In February, City Manager Scott Adams reported that Las Vegas city staff have spent 4,671 hours and the equivalent of nearly $420,000 in city salary and benefit costs working on the contentious the Badlands golf course development project since 2015.
.
In 1999, the Nevada Commission on Ethics in Opinion Nos: 06-61, 06-62, 06-66, and 06-68 the definition of relationships were examined. The critical factor in the definition and the application of the definition is not the judgment of the public officer as to the commitment of the close relationship, but rather the test given to the relationship by a “reasonable person”.  In this complaint, the argument is that the public has a right to assess Mr. Seroka’s ability for “independent judgment”.

THE COMPLAINT AS SUBMITTED: