MANY TRUMP VOTERS SCARED TO SELF-IDENTIFY

MANY TRUMP VOTERS SCARED TO SELF-IDENTIFY 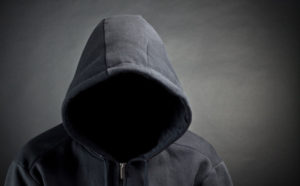 Yesterday, I went to a few early voting places and tried to speak with several voters to assess who they were voting for. And I noticed a trend. People supporting Hillary were very outspoken about voting for her. But Trump supporters refused to answer questions in many cases. But when I told them who I work for then they opened up a bit.

The media and Hillary Clinton have succeeded in making Trump supporters afraid to self-identify. Hillary Clinton is not President yet, but she and the liberal media have stolen our national sense of security to speak our minds and defend our beliefs. Think what they will do to us with four years in power.

So will Trump supporters who are afraid to self-identify, hiding in national polling data coming out to strike at the polls delivering a surprise win or are they hiding in their basements hoping no one finds out they support Donald Trump.