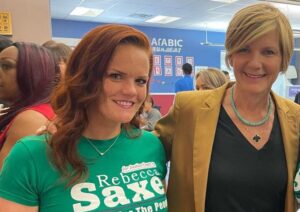 It’s unlawful in Nevada for a government employee to use their government computer system to campaign for public office. And yet, that is exactly what Rebecca Saxe did. Saxe is running for Justice of the Peace against incumbent Judge Baucum, whom Saxe attacks directly by name in the email in question. Then Saxe goes on to ask for campaign cash. Saxe is a lawyer in the Clark County public defender’s office, and the email clearly shows it was sent from her government computer system to donors.

Saxe is so far left that, according to her website, not a single law enforcement group endorsed her for judge. Saxe fully supported the BLM rioters as a public defender even after a Las Vegas Metro cop was shot in the back of the head. But she does have the full support of every left-wing union and Susie Lee and Dina Titus. 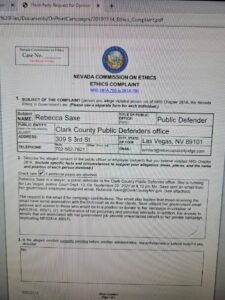 An ethics violation was filed against Attorney Rebecca Saxe. But what is unlawful, according to local lawyers we spoke with, is that Saxe promised in the fundraising email to go easy on DUI defendants in return for campaign cash. 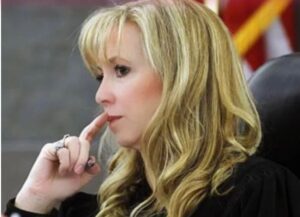