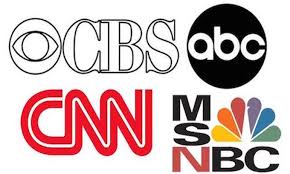 Today, as Donald Trump takes the oath of office as the 45th President of The United States of America, the media is in full melt down mood. This week, the same media, using the same polls, who claimed Trump could not win the primary or general election, now claim Trump has a 44% approval rating walking into the White House.

The problem is the numbers do not add up. The same polls showed 66% of Americans are optimistic about the future compared to 40% eight years ago when Obama was inaugurated. And that is the crust of the issue. How can 66% of Americans be optimistic with Donald Trump about to be inaugurated but only 44% of the same people do not approve of the job Donald Trump has done so far?

Imagine the conversation between the Telemarketer and the American on the phone they called to conduct the poll.

Telemarketer: Sir, do you approve of the job Donald Trump has done so far?

American: No, I think he’s done a really bad job.

Telemarketer: Oh ok. So are you optimistic about the future today?

Does anyone believe the same people who are optimistic about the future of America with Donald Trump as President are not happy with the job he has done since the election. Its just not creditable. I am calling BullSh*t.

It doesn’t take a political science major to understand that this is just another fake story, about a fake poll, by fake news outlets.