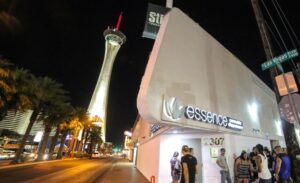 As the secret weed trial continues, new information also continues to pour out. In the latest court documents, (see attached) insider, pay to play politics ruled the corrupt recreational pot licensing process in Nevada, breaking every rule and every law, according to the 60 plus Plaintiffs. But when the most powerful folks in Nevada stand to gain potentially hundreds of millions of dollars, rigging the system seems to be the Vegas way.

An outline of the rules and laws broken by the Department of Taxation in the process of awarding Recreational Cannabis licenses:

The trial threatens to void ALL the recreational Cannabis licenses issued by Gov. Sisolak right after he was sworn into office. The Plaintiffs accuse the State of corruption and of trying to conceal their corruption.

“The Nevada Department of Taxation, defied the vote of the citizens of Nevada by violating
Ballot Question 2, violating Nevada Revised Statutes 453D and violating Nevada Administrative
Code NAC 453D. The Department of Taxation employees and Deputy Attorney Generals tried to
hide the Department of Taxation’s transgressions and misconduct through its purposeful efforts to
avoid preserving evidence stored on mobile devices held by the Deputy Director, Jorge Pupo, the
Programs Supervisor, Karalin Cronkhite, and by the Chief Compliance Officer, Damon Hernandez.
This is in addition to failing to provide score review notes, following the Ely Marijuana Application
process in mid 2018, as well as the score review notes following the 2018 Recreational Marijuana
Application process. The Department of Taxation and Deputy Attorney Generals assigned to the
Department disobeyed orders of the Court, an order of the Discovery Commissioner, and Nevada
Rules of Civil Procedure, all geared to preserve relevant evidence so that eventually the truth could
be brought to light and evaluated by the Court sitting as the fact finder in this case. The
overwhelming evidence in the case supports re-doing the 2018 Recreational Marijuana Application
process.”

The court document outlines the relationship between the Controlling Authority, the Department of Taxation Deputy Director, Jorge Pupo, the guy deciding who got a licenses and Amanda Connor, a consultant for folks seeking licenses. According to court docs, Conner was paid $150,000 for each client, plus $25,000 for each applicant.
Conner represented Essence Trop and Essence Henderson, owned by Brian Greenspun, the owner of the Las Vegas Sun.

Essence “benefitted through their manipulation of their applications,which involved inside dealings, backdoor
communications between Mr. Pupo and Ms. Amanda Connor, as well as Mr. Pupo and the owners
of these three (3) conditional winners. It is also important to note that these conditional winners,
Nevada Organic Remedies, Integral and Thrive collectivelywere awarded a total of twenty-one (21)
licenses.
Other winners, not represented by Ms. Amanda Connor, were also able to manipulate the
process in order to receive higher scores. By way of an example, Clear River manipulated the
process by adding a minority to its advisory board (“advisory”), in order to get additional diversity
points. There is no definition of advisory board in the regulations. The words advisory board is not
mentioned in the Nevada Revised Statutes or Nevada Administrative Code.”

Mr. Pupo, who is currently under FBI investigation according to sources in the case, and Ms. Conner met numerous times for lunches and dinners paid for by Conner to discuss the application process.

Jorge Pupo was promoted to Deputy Director of the Marijuana Enforcement Division at the
beginning of 2018. As DeputyDirector, the frequency of his communications with Amanda Connor
increased exponentially. Ms. Connor knew that the recreational marijuana application would be
created in 2018, and that the applications would be submitted in the summer of 2018. She began
seasoning Mr. Pupo with lunches, dinners, drinks. Mr. Pupo enjoyed the relationship and despite
his decision to erase countless text messages, we were able to piece together from other phone
extraction reports some of their communications. Clearly, we have been stripped of vital evidence
from his cellular phone, which we will touch upon later in this opening. But from the limited
information we have, it is clear that Mr. Pupo enjoyed the relationship he had with Ms. Connor and
took advantage of the invitations to dine and drink with her. The evidence will reveal that as a result
of this relationship, Mr. Pupo turned a blind’s eye to multiple violations by Essence, of the Nevada
Administrative Code. Mr. Pupo turned a blind’s eye to multiple violations of the Nevada
Administrative Code committed by Nevada Organic Remedies. Among these violations included
repeated sales of marijuana to those below the age of 21. The violations also included marketing and
potential sale of contaminated marijuana. Not only did Mr. Pupo turn a blind’s eye, he removed
statements of deficiencies (“SOD”) from the investigation logs so that there would be no history of
these violations against Ms. Connor’s clients.

Knowing that Ms. Connor’s clients had committed serious violations, Mr. Pupo intervened
and authorized the removal of statements of deficiencies (“SOD”) against Nevada Organic Remedies
and Integral.
Additionally, Mr. Pupo ignored the express language of the application with regards to the
anti-monopoly restrictions. Mr. Pupo allowed for both Thrive and Essence to receive two (2)
licenses in Unincorporated Clark County. The application itself prohibits this.

Time and time again Ms. Conner’s clients received preferential treatment from Mr. Pupo according to the filing. The rules simply didn’t apply to Ms. Conner’s powerful clients. But what’s ever more troubling is that, according to the court document, the Assistant Attorney General’s office tried to hide the evidence of corruption at every turn throughout the case.

If Judge Gonzalez sides with the Plaintiffs, who are also made up of power people with political juice, the entire recreational dispensary industry could literally be declared null and void. It’s a billion dollar decision that Wall Street is following very closely.

Court doc outlining the extent of corruption in the process.