WAS U.S. AID LAUNDERED THRU UKRAINE GOV TO BURISMA/BIDEN?

WAS U.S. AID LAUNDERED THRU UKRAINE GOV TO BURISMA/BIDEN? 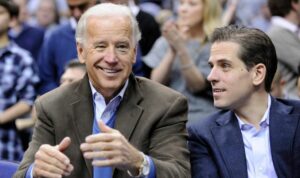 Ukraine investigators have opened a new criminal probe into the founder of the corrupt company Burisma, Mykola Zlochevsky, suspected of embezzling some $33 Million from the Ukrainian Government. Prosecutor General, Ruslan Ryaboshapka, is investigating Zlochevsky for tax violations, money-laundering and licenses given to Burisma during the period where Zlochevsky was a minister. Zlochevsky has fled the country and is in hiding according to Ukrainian sources.

Former Vice President Joe Biden’s son, Hunter Biden, was paid over $50,000 per month for sitting on the Board of Burisma. Now questions have been raised about whether any U.S. aid found its way into Burisma. Biden bragged on video that he held up a Billion dollars to the Ukraine until they fired a prosecutor who was investigating corruption in Burisma. Hunter Biden had no previous experience in the oil and gas industry and did not speak the language. Hunter admitted, in a TV interview, that he got the gig because of his last name.