HILLARY CLINTON TO POLICE “SCREW YOU”

HILLARY CLINTON TO POLICE “SCREW YOU” 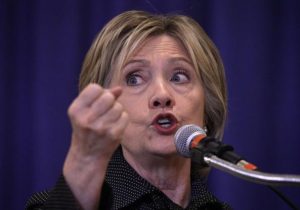 Hillary Clinton’s staff rejected Chuck Canterbury’s, president of the National Fraternal Order of Police representing some 335,000 law enforcement, invitation to speak to the group and instead saying that she would not be seeking the union’s endorsement.

“It sends a powerful message. To be honest with you, I was disappointed and shocked,” said Chuck Canterbury “You would think with law enforcement issues so much in the news that even if she had disagreements with our positions, that she would’ve been willing to say that.” But Mrs. Clinton did seek Black Lives Matter endorsements across the country.

Donald Trump is running on a  law and order platform and is in hot pursuit of their endorsement.