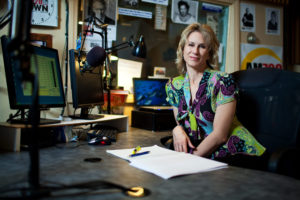 The American left were the champions of free speech for most of the 20th Century. The left used to defend, in courts across the country, the free speech of even the most heinous speakers. But today the new left has become the enemy of free speech and a true threat to our constitutional republic. The left is purging, from the public square, anyone with a different opinion including CEO’s, TV and radio hosts.  The Left has weaponized social media, forcing companies to fire employees who post conservative opinions on their own Facebook pages, on their own time even.

The Gay Left has been pushing a philosophy that men and women are exactly the same. That there is no difference between the sexes except genitals. And now by pushing transgender policies, genitals can be removed and changed destroying the meaning of male and female. According to the gay left, gender is a choice. Gender is just something imposed by society and they intend on removing the entire idea of gender. In California, the State Legislature has been trying to criminalize the use of gender-specific words and phrases.

BTW there are Gay Conservatives who stand and defend free speech and are disgusted by the Gay Left’s tactics.

This week a local Gay Mafia left-wing group in Las Vegas attacked Conservative Radio host Heidi Harris for simply expressing her point of view regarding adoption of babies by married opposite-sex couples. And what’s worse is the radio station, KXNT, owned by CBS, capitulated that same day. She was off the air the following morning. Talk about real power.

And in Silicon Valley, the CEO of an internet company who gave a $1,000 to a group opposing same-sex marriage in California, was drummed out of the company he started.

The leftwing anti-free speech groups are not limited the LBGTQ (or the Gay Mafia), they also include Antifa, Planned Parenthood, and the modern Democrat party.

Antifa has been bashing in the heads of Trump supporters for the last year. Planned-parenthood supporters in Texas and California actually criminally charged conservative activists who recorded employees at Parenthood selling baby parts illegally. The left targets anyone who dares to express an alternative point of view publically with a social media army that dominates the mainstream media.

We must fight for school choice for every child, so we can control the values our kids learn. We must support conservative voices on the air and online wherever they are. That means we must ignore and not watch liberal news outlets. If we stop watching them, they will die off. Local Las Vegas Channel 13 helped the Gay Mafia kill off Heidi Harris’s show this week. I for one will no longer watch Channel 13. I’m done with them.

Conservatives need to take heed from this week’s firing of Harris as a clear and present danger to our freedoms and we must fight back. We need new laws with the new judges that will protect free speech. Winning elections is just not enough anymore. The American Revolution didn’t end in 1783. Defending our freedoms never ends. That Revolutionary spirit must live on in our hearts. We must continue the American Revolution and fight anyone who dares to take away our God-given rights. Get armed with the truth and with the facts.