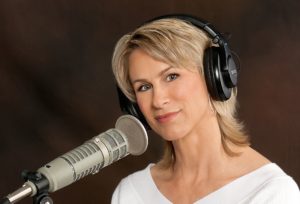 After 2 years at KXNT AM 840, and after Heidi Harris was targeted by a local LBGTQ group for her Christian values, the show was canceled the very next day. Heidi Harris has been a conservative radio star in Las Vegas for the past 18 years. According to reports, her 2-year contract was up next month. After the controversy broke out last night she was let go. KXNT is a CBS affiliate.

From our Earlier article:

Local Las Vegas KXNT 840 AM radio host Heidi Harris was attacked by liberals at Channel 13 News on their website for daring to express her Christian beliefs, that babies are better off being adopted by a married man and woman rather than two men. Harris was commenting about a Clark County Family services ad promoting same-sex couple adoptions.

Allan Stock filled in for Heidi Harris this morning in her usual 6 am to 9 am Monday thru Friday time slot.

The LBGTQ community flexed its muscles and sent their hordes to call and post objections to Heidi’s point of view. Heidi Harris is an outspoken Christian so it’s no surprise they are attacking her.

“Another not-so-subtle attempt to normalize something that is NOT normal. Even if this is normal for YOU, it’s not the best thing for a baby.

Babies who are eligible for adoption should go to MARRIED people of the opposite sex. That is the IDEAL situation for a baby, and political correctness, changing laws or attitudes cannot alter that REALITY.

And please don’t comment here about how ‘some straight people aren’t good parents’ or how ‘you know gay people who are great parents’ … blah blah blah … I am fully aware of that. I’m talking about what’s best for the CHILD, and that’s what the County should be promoting.