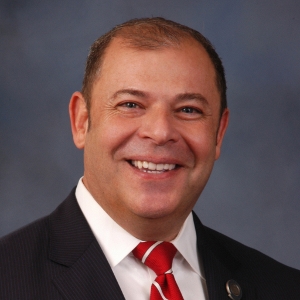 Republican Assembly Minority Leader, Paul Anderson finally got his payoff from Governor Sandoval this week with a cushy new state government job as the new Governor’s Office of Economic Development Executive Director replacing Steve Hill who is leaving to work for the Las Vegas Convention Authority.

Anderson was one of the leaders who shuffled the $1.3 Billion Commerce tax through the State Assembly in 2015 causing a civil war in the primaries last year leading to the end of Republican Control in the State Legislature. But as we’ve seen in the past, the only way to get rid of politicians sometimes is to promote them.

So with Anderson gone, there’s a power vacuum and an opportunity for a conservative to take over the leadership role in the Republican Assembly Caucus. Look for a battle to erupt for leadership over the next few weeks and months.