FEDS: TURN IN YOUR BUMP STOCK OR FACE 10 YRS IN PRISON! ATF REFUSES TO COMPENSATE OWNERS

FEDS: TURN IN YOUR BUMP STOCK OR FACE 10 YRS IN PRISON! 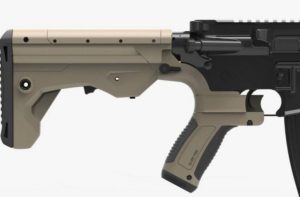 In 2010, President Obama’s ATF approved the manufacturing and sale of a firearm accessory known as the bump stock. After the Las Vegas Mass Shooting in 2017, the federal government reversed themselves and declared bump stocks an illegal modification under the 1986 Firearm Owners Protection act which banned all new automatic firearms. Gun owners were given 90 days to turn in or destroy them, and that period ends tomorrow on Tuesday.

The Department of Justice issued the destroy or turnover rule. The ATF issued a how to guide: to cutting, crushing, melting or shredding them. But the device cost between $100 and $250 each. The Federal government is refusing to compensate owners for their private property.

Will current possessors of bump-stock-type devices be compensated once they destroy or abandon the device?

The U.S. Department of Justice will not provide compensation to persons who destroy or abandon their bump-stock-type devices.

“This is the first time in history that the government has banned a previously legal item and has not allowed someone to either keep the item or provide compensation for the item, as is required under the Constitution,” Riley concluded.

The ATF could be looking at upto $200 million in liable.

If you have a bumpstock and want to join the lawsuit click here: