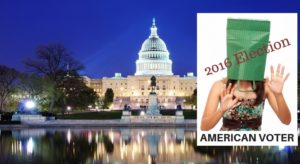 Last year in the 2018 midterm elections the Democrats pounced the Republicans, especially in Nevada. According to numerous national polls, after two years of daily Trump/Russia collusion news, about half the country believed President Trump had indeed colluded with the Russians to somehow affect the outcome of the 2016 Presidential elections. After the Mueller report came out this week, it’s absolutely certain the Democrats are the ones who meddled in the 2018 elections.

The Democrats did exactly what they accused President Trump of doing, colluding with an unelected outside political actor (Mueller) to meddle in an election to influence voter behavior. But the Democrats used $40 million of tax payer money and the media to do their bidding. The mainstream media has lost all creditably in the eyes of at least half the country this week and that is the true damage to our system.

From the very beginning the mainstream media, the Democrats and Obama holdovers conspired to shape the outcome of the 2016 elections by ginning up their base voters who usually don’t turn out in off year elections. But I’m going to tell you a little secret, voters don’t usually vote for someone, (Trump is the exception) voters are agitated by issues to turnout and vote. The daily drum beat by the left that Trump was a Russian agent and stole the election from Hillary agitated Dems so much that they came out to vote in record numbers last year.

The Mueller investigation was the shiny thing that caught everyone’s attention “due to the seriousness of the allegations”. This in turn helped drive Democrat voter turnout in 2018. In a typical midterm election, Democrats usually see about a 15% plus lower turn out than in Presidential election years. But in 2018, Democrats turned out in record numbers.

The last 2 years of lies and outright fraud by the left and the media, calls into question the outcome of the 2018 midterm elections. The American people believed the news media and voted for the Democrats to hold President Trump accountable. Now the question is, who will hold the Democrats accountable for perpetrating the biggest fraud in U.S. history?