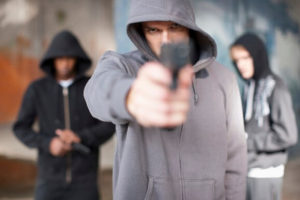 2016 had the most homicides in Clark County in 26 years except for 2017. 2017 actually beat out 2016 by 1 homicide. Las Vegas streets have become killing fields for illegal alien gangs fighting over drug sales turf.

On Alexander Street, was the last known killing, near midnight on December 31, 2017, becoming the 169th homicide in Metro’s jurisdiction for the year 2017, according to records. That broke the 2016 total of 168 for Las Vegas Metro Police giving 2017 the highest number of homicides since 1990. Those murders do not include the 58 people killed in the Oct. 1 Vegas mass shooting at the Route 91 harvest festival.

Many in law enforcement credit the flood of opioids and cheap heroin on the streets with the sharp rise in gangs fighting for turf.

Assaults and burglaries also spiked up sharply here in Las Vegas. Recently at an event, Sheriff Lombardo said crime is getting better under his watch. But the murder rate has gone up by 89% in 2016 and 2017 compared to 5 years ago before he took office.