Phone: 702 492-7252
According to the staff at the Paseo Verde Library in Henderson, on August 24th, 2019, at 10am, a drag queen by the name Matt Durski aka Polly Porcelain will be reading stories to children as young as 3 years old. The library staff said “the Drag Queens are “role models” for children and have important lessons to teach young people. But according to “Pro Family Group”, ” the behaviors of Matt Durski, aka Polly Porcelain suggest otherwise.”
.
A self described “Pro-Family Activist” group by the name Mass Resistance said activists in and around the Clark County, Nevada region have been contacting the Paseo Verde Library, the Henderson Library Commission, the Henderson City Council, and the Clark County Board of Commissioners demanding an end to this program. “This program needs to be shut down before it even starts,” said Arthur Schaper, Organization Director for Mass Resistance. “Having illicit, sexually explicit adult entertainers reading to children, while billing them as heroes and role models, is just unthinkable and unconscionable.”
.
Schaper went on in his statement saying. “According to information available on their social media accounts, however, this adult entertainer should not be around children. The Drag Queen “Polly Porcelain” (real name: Matt Durski) engages in all kinds of kinky, illicit behavior. There are photos featuring him with a dildo in his mouth. In one of his drag queen acts, he is repeatedly singing the word “bitch”, and then simulating oral sex.”
. 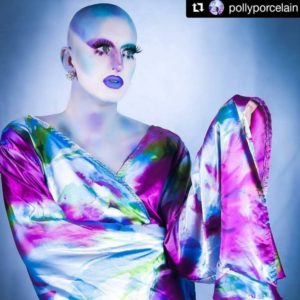