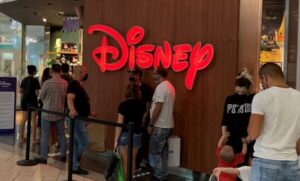 A federal judge has ruled against Walt Disney Company’s motion to dismiss and now must face a lawsuit from the parent of an autistic seven-year-old child, claiming that Disney discriminated against the boy’s disability, when it refused to permit him entry to the Lehigh Valley Mall’s Disney Store.

According tot he lawyers and lawsuit filed:

“N.B. suffers from nonverbal Autism Spectrum Disorder, a developmental disorder that affects communication and behavior. Although ASD severity runs along a broad spectrum, common symptoms of ASD include impaired social and communication skills, repetitive behaviors, insistence on sameness, and sensory intolerances. Many people with ASD, particularly children like N.B., are highly sensitive to touch, especially on their faces,” the suit stated.

Emanuel and his brother, N.B. went to the Disney Store, located in the Lehigh Valley Mall in Whitehall, on July 20. The Disney Store had adopted a policy to deny entry to any person not wearing a face covering or mask – regardless of whether or not” an individual was covered by the medical condition exception included as a part of the state’s order.

As part of the health and safety measures taken to combat the CV19 pandemic, Pennsylvania Department of Health Secretary Dr. Rachel Levine issued a statewide order requiring individuals to wear masks in businesses, including ‘in any indoor location where members of the public are generally permitted’, with the exception for those who cannot wear a mask due to a medical condition.

“There was a line of about 10 to 15 people standing outside the Whitehall Disney Store waiting to enter when plaintiff and her boys arrived. The entrance to the store was blocked off with a rope. Outside the entrance was one of defendant’s female employees, whose job it was to enforce defendant’s policy or practice of denying entry to people without face coverings and limiting the number of patrons inside the store,” according to the suit.

“Plaintiff and her sons proceeded to take their place at the back of the line. They stood in line for about 10 to 15 minutes before getting to the entrance. N.B. did not wear a face covering at any point while he was waiting in line with his mother and younger brother.”

When Emanuel arrived at the front of the line with her boys ready for their turn to enter the store, defendant’s female employee denied them entry because N.B. was not wearing a face covering. Despite Emanuel explaining to the defendant’s female employee that N.B. suffers from ASD, which prevents him from wearing a face covering, the plaintiff says her son was not allowed into the store.

“Disney’s face covering requirement at the Whitehall Disney Store was designed to reduce the risk of transmission of COVID-19 within its store. It is a legitimate safety requirement with which all guests must comply, including those with a disability. Enforcement of this policy is particularly critical because the Whitehall Disney Store is located in an indoor mall, which increases the risk of spreading COVID-19 due to decreased ventilation. This Court should take judicial notice of these undisputed facts for purposes of the instant motion. When considered in light of the governing statutory language and implementing regulations, these facts clearly support dismissal of this case,” the motion read.

U.S. District Court for the Eastern District of Pennsylvania Judge Joseph F. Leeson Jr. ruled on June 16 that Disney’s motion to dismiss the complaint was denied.

“Disney contends that its face covering requirement at the Whitehall Disney Store is a legitimate safety requirement with which all guests are required to comply, including those with a disability, and that waiving the face covering requirement in light of infectious diseases like COVID-19 would pose a direct threat to the health and safety of others. Thus, Disney asks this Court to opine on its asserted Title III safety-related defenses at the motion to dismiss stage,” Leeson said.

“Despite Disney’s contentions, it would be inappropriate to review its affirmative defenses at this time. Importantly, neither of these defenses are apparent on the face of the amended complaint. Instead, both of the asserted defenses require fact specific inquiry that presumes the existence of an established factual record. There being no record in this matter at this time, it would be inappropriate to assess the merit of either defense.”

According to Leeson, Emanuel “has presented sufficient allegations in her Amended Complaint that give rise to a plausible claim of public accommodation discrimination under Title III of the ADA.”

“Emanuel has alleged sufficient facts to establish that the requested accommodation was both reasonable and necessary. Moreover, Disney’s two safety-related affirmative defenses are not apparent on the face of the amended complaint, and therefore, they are not appropriately reviewable at this stage in the proceedings. Accordingly, Disney’s motion to dismiss is denied,” Leeson stated.

For a count of violating the ADA through public accommodation discrimination, the plaintiff is seeking an order permanently enjoining defendant from enforcing its face covering policy or practice at the Whitehall Disney Store against individuals who cannot wear face coverings because of an ADA-covered disability; all costs and reasonable attorney’s fees, and any other relief deemed proper and just.

The plaintiff is represented by William P. Mansour of Kitay Law Offices, in Allentown.

The defendant is represented by Jeremy White, Paul M. Thompson and Kerry Alan Scanlon of McDermott Will & Emery, in Washington, D.C.