RBG CONTINUES HER CONTEMPT FOR THE CONSTITUTION IN DEATH

RBG CONTINUES HER CONTEMPT FOR THE CONSTITUTION IN DEATH 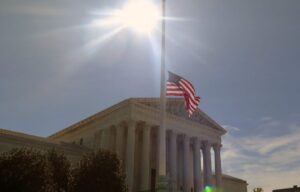 IN death, as in life, Supreme Court Jurist Ruth Bader Ginsberg shows her utter contempt for our Constitution when she demanded that “HER” seat be filled after the Presidential election. RBG, like most progressives, are narcissists who believe their feels are the highest point of interest in our society. They demand we care when they’re offended, usually by the truth.

In this case, RBG, as reported, demands that the United States Senate and the President of the United States of America not fill HER seat until after the November elections. Progressives call themselves Progressives because their goal is for the U.S. to progress pass the U.S. Constitution with it’s, as Obama called them, negative rights. You see, Progressives hate the language in the Constitution that limits government power. For example “Congress shall make no laws”. Because they want to make laws limiting your freedom of speech, not their speech, but speech that makes them look stupid and wrong. Because they want to limit gun ownership, but not their gun ownership for their body guards of course. Progressives want to rule with double standards without any push back from the great unwashed.

RBG was the queen of the Progressive movement forcing male only Military Schools to accept women but then in Grutter v. Bollinger  she discriminated against a white woman by allowing affirmative action to stand violating the equal protection clause of U.S. Constitution. Equality for women was limited for white women. It was OK to discriminate against them if it served a RBG’s higher purpose.

Which brings us to RBG’s unconstitutional demand that HER seat be filled only after the November election. We’re told all the time that jurists are pure apolitical people we can trust as defenders of the Constitution. Yet RBG politicizes her replacement from death. She was never apolitical. And HER seat is not hers. The seat is owned by the American people. And, under the Constitutional, her authority over it ended when she died. Supreme Court Justices’ term ends when their lives end. As in, life time appointment.

When Obama shoved Obamacare through Congress without a single Republican vote in 2009, he responded by saying “Elections have consequences”. President Trump and the Senate were duly elected and have the authority and a duty to replace her right away. Not with a woman, or Black or Hispanic or Jew but with the person the Trump voters demand. Someone who will actually protect the rights of the American people against the power of the state regardless of their race, color or creed.