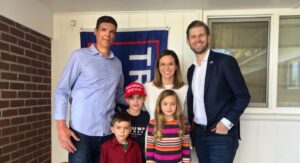 According to Laxalt’s own internal polling, he and Sam Brown are neck and neck, which is why Laxalt is suddenly attacking Sam Brown. But Laxalt isn’t hitting Brown on any specific policies. Adam Laxalt, who never got his uniform dirty in Iraq, attacked Wounded Warrior Sam Brown this week in TV and radio ads claiming he’s a carpet bagger from Texas. 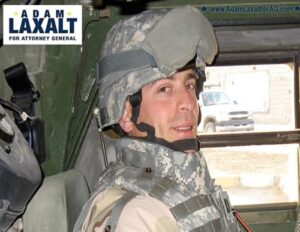 Every veteran should be outraged at Laxalt’s slimy attack. The fact is, U.S. Army Captain Sam Brown was blown up in Afghanistan and flown to the U.S. Army’s burn medical facility in Fort Houston Texas where Sam underwent over 3 years of surgeries and treatments. Sam then moved to Reno to start a business in 2018. While in Reno, Sam worked on the Trump campaign in 2020.

According to Laxalt’s campaign website, he served as a lawyer during the Iraq War where he defended terrorists the U.S. and NATO forces captured “Additionally, he (Laxalt) is a former Naval Officer and Iraq Veteran, serving in Iraq detainee operations. Laxalt’s team was in charge of more than 20,000 detainees during the surge”.

After Laxalt lost the governor’s race in the worst performing campaign in the country in 2018 (which is why the Dems are not attacking him now) Laxalt moved away to Washington D.C. to work for the D.C. law firm, Cooper and Kirk. Laxalt only purchased a house in Reno in 2021 to run for the Senate. So it turns out that Sam Brown has spent more time in Nevada since 2018 than Adam Laxalt has.