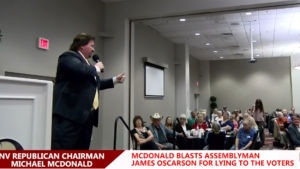 In an open letter to Nevada Republicans through his campaign manager, President Trump expressed his continued support for the current Nevada GOP Chairman, Michael McDonald, for another term as Nevada’s top Republican. Some Clark County Republicans blame McDonald for the pouncing the party took in 2018. But the job of the State Party Chairman is to raise money to support candidates. McDonald out raised every state GOP Chairman going back 50 years, hauling in over $5 million in 2018.

So the question is, will Clark County Chairman David Sajdak and his allies who are planning to challenge McDonald, respect the President’s decision? 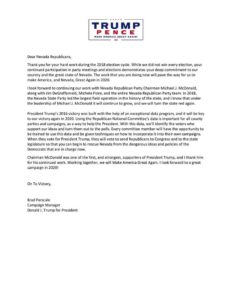