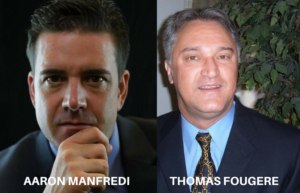 In June 2018, it wasn’t the Russians who follied the election results for the Clark County Public Administrator. It was our very own Clark County Election Department who claimed some six people committed felons by voting twice in a race with a 4 vote margin of victory. So they held a special election on July 17, 2018 without any legal basis or precedent for the 2nd election.

In the initial disputed election,Thomas Fougere lost the Republican primary election to Aaron Manfredi by four votes out of some 59,032 votes cast.

According to Clark County Registrar of Voters, Joe Gloria, 43 people voted twice in the primary election and as such he unilaterally held a 2nd special election just for the Public Administrator position at a cost to tax payers of $135,000. Gloria claimed the issue was human error and they have no idea who actually voted twice. Gloria claimed that most of the 43 double votes were just minor errors.

But it gets worse. The election department admitted that 6 of the 43 had in fact voted in both, early voting, and on Election Day. But according to Clark County Elections Spokesperson Dan Kulin, the computers were offline when that occurred and they didn’t capture the names of any of the six people.

So six people voted twice at voting stations across the valley during early voting, then all six voted again on election day and the computers failed to capture any of the six people’s names or ID’s.

Eventually they figured out the names of the 6 people who voted twice, but Nevada Secretary of State Cegasvke refused to charge any of the alleged voter fraudsters.