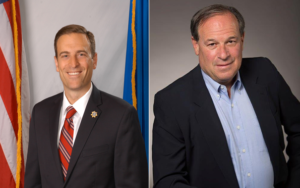 Laxalt dominated in an online (non-scientific) poll conducted by 360Daily.net with its readers this week. 360daily.net conducted a poll online over the last few days reaching out to some 45,000 readers. Nevada Attorney General Laxalt destroyed Dan Schwartz 82% to just 18% for Schwartz. Even though Schwartz has considerable personal resources to commit to a race for Nevada Governor he lacks the momentum and name ID that the Laxalt brand has commanded here in Nevada over the last 30 plus years.

Laxalt has been a strong 2nd Amendment defender and a strong defender of President Trump endearing him to primary voters. Laxalt just finished his 3rd annual Basque Fry Event in Northern Nevada and Vice President Pence spoke with some very supportive words about Laxalt. Although Laxalt has yet to come out with a position on tax reform and whether he supporters efforts to repeal the Commerce Tax, Schwartz has said he supporters a state income tax to replace the Commerce tax. But this fight is just about to start up as Schwartz is expected to announce in the coming weeks.