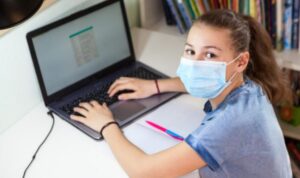 With the start of School a week away, many parents are deeply concerned about a host of issues including Critical “Racist” Theory, mask and vaccine mandates and Transgender policies. The Clark County School Board Trustees refuse to respect the will and wishes of Parents.

Too many parents complain that the Clark County School Board view Parents as an obstacle to their radical agenda. But Nevada schools have been ranked last in the country for the last 30 years, even though the schools are getting billions of dollars more now than they got 30 years ago.

Now the Clark County School District has announced a new grading policy, without parents’ input or approval. They want to give out A’s to kids who show up and try their best. But this is nothing more than a veiled excuse to discriminate against Asians and Indians.

It’s time to stop teaching Critical “Racist” Theory to our kids and time to start teaching our kids to critically think.

The Clark County School Board loves to use the words diversity and inclusion but they reject the beliefs of Catholic Parents, of Mormon Parents, of Jewish and Christian parents by forcing radical transgender policies or trying to teach sex ED to very young kids without their parents’ consent.

It’s the Parents’ job to choose to vaccinate, to mask and decide when to educate their kids about sex, not the Clark County School District’s. Parents First. 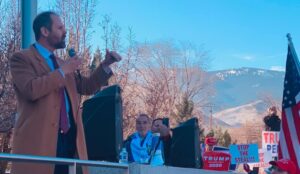 “Our local parents in Clark County need us. The CCRP is organizing our members toward effective activism within the Clark County School District by launching our Parents First Activism Program.  Parents First organizes school board meeting attendance, rapid response and centralized communication, and will initiate recalls on bad actors on the school board whose votes abandon Parents’ Rights and have led to forcing our children to wear masks, the recommendation of vaccination without parental notification or consent, CRT, and more. Parents have the right to determine their children’s future, and it’s time the Clark County School Board Trustees are accountable to parents.  Our opportunity to serve and lead within our community begins with each of us. Join the CCRP’s new initiative, Parents First!

We are looking for leaders to help in this effort.  Sign up by clicking here and look out for our first organizational meeting to coincide with our precinct workshop.”