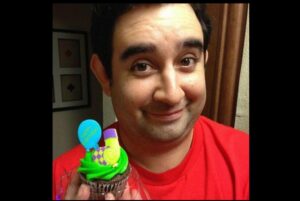 Today NVGOP Chairman Michael McDonald accused Silberkraus, Ed Gonzales (literally a Teachers’ Union Lobbyist) and his Never Trump Infiltrators of fraud by trying to host a CCRP Zoom meeting next week. The only problem is, on July 28th an election was held with about 120 members and Jesse Law and the Pro Trump slate were elected the new leaders of the Clark County Republican Party. NVGOP Chairman Michael McDonald oversaw the CCRP election of Jesse Law and officially certified the results last week.

It all started when former disgraced CCRP Chairman Dave Sadjak resigned in the middle of an election meeting on July 20, 2021. The meeting went into recess and did not end officially. The corrupt leaders did this to block the huuge crowd of Trump Supporters from becoming members and voting for Jesse Law. But under the Bylaw, 10% of the members brought a motion to resume the meeting on July 28. 2021. Over 100 plus members voted yes. Then they proceeded to vote Jesse Law in as the Chairman.

The NVGOP recognize Jesse Law and the slate last week in a letter. And the bylaws clearly state a the pro tem Chair is only in power until an election is held. And since that meeting was the scheduled election meeting and Jesse Law won by a huuuge margin, it’s over. But these guys won’t give in.

After all that, RINO Stephen Silberkraus and Ed Gonzales still believes he can control the party and hold a Zoom election next week, which is expressly forbidden by the bylaws of the Clark County Party. All of this drama has led the Chairman of the Nevada GOP to now accuse Silberkraus and his group of fraud if they hold any such Zoom meeting. IN fact the RNC may also recognize Jesse Law and the slate this week at their annual conference.

4.4.1 Filling Officer Vacancies
A vacancy in an elected officer position shall be filled at the first regular meeting of the CCRCC
following the occurrence of such vacancy with at least a ten (10) day notice having been given.
Elections to fill vacancies shall be conducted as Parliamentary Special Orders before all other items
of business except the Invocation and Pledge of Allegiance. A vacancy shall be deemed to exist
when any officer is voluntarily elected as a voting member of the Executive Board.

4.4.2 Pro Tem Officer Appointments
Vacancies in the office of CCRP Chair shall be filled by a Pro Tem succession beginning with the
CCRP Vice Chair and followed, in order, by the Political Director, Precinct Director and Community
Relations Director. Vacancies in all other elected offices shall be filled by a Pro Tem appointment by
the CCRP Chair. Offices filled by Pro Tem incumbents are still considered vacant and all Pro Tem
tenures shall expire upon the election of a new office holder as required in § 4.4.1. Officers holding
such appointments shall exercise all the duties of their office, except that they shall not hold a vote
on the Executive Board or the Permanent Committee on Management unless they were an elected
member of the Executive Board at the time they were appointed. An elected officer, may, in writing to
the CCRP Secretary, decline to succeed to the office of CCRP Chair Pro Tem and retain their current
office.