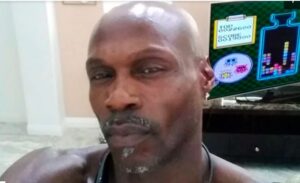 Two years after Williams died and two weeks after Sheriff Lombardo announced he’s running for Governor, George Floyd’s lawyer, Ben Crump filed a lawsuit on behalf of the family of Byron Lee Williams, who died in LVMPD custody similar to George Floyd, according to the plaintiff.

On Sept. 5, 2019, Williams was riding his bicycle when LVMPD officers ordered him to stop, but Williams fled on his bike with officers in pursuit before ditching it and fleeing on foot. Officers finally caught Williams ordering him to lie on the ground. “They immediately restrained him in a prone position with “knees to the shoulders, back and buttocks,” and then to Williams’ head, while applying handcuffs” the lawsuit alleges.

“LVMPD is alleging that the existing emergency that prompted the ‘Code Red’ was Byron Lee Williams riding his bicycle without a safety light,” alleges the lawsuit, “despite the fact that it was already becoming light outside.”

Crump said “Just like we saw in Minneapolis, Minnesota, we saw similar indifference and inhumanity here in the state of Nevada, in the city of Las Vegas, when Byron Williams was detained by the police and said ‘I can’t breathe’ 24 times.”

The lawsuit names LVMPD and Sheriff Lombardo, who just happened to announce two weeks ago that he’s running for Governor of Nevada. The suit also names four officers.

Last summer, Lombardo took a tough stance against BLM in Las Vegas arresting and shutting down violent protests. One Metro Officer was shot in the head while fighting off BLM protests.