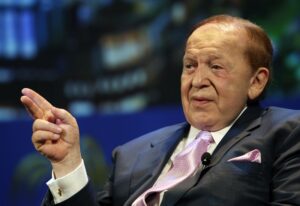 Sheldon Gary Adelson transformed Las Vegas into the top for conventions and exhibitions. Adelson started out in the casino business in 1989 when he purchased the Sands Hotel and Casino in Las Vegas for $128 million. His Convention Center helped Las Vegas grow to be the premiere destination for business travelers as well of tourists in the world.

Adelson, had a net worth of $35.6 billion as of Jan. 11, according to Forbes. Adelson put his Las Vegas Casino on the market just a month ago.

Adelson was a major donor to the Republican Party, including to President Trump. Abelson caused liberals extreme heartburn when he purchased the Las Vegas Review Journal in 2016.

A funeral will be held in Israel, according to the company.