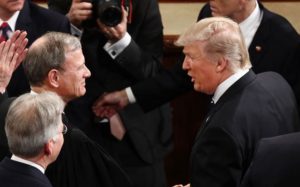 The Census, which is Constitutionally required to be taken every ten years, has had a citizen question included for the last century. A look back just at the 2000 census questionnaire shows almost 40 pages of questions seeking extremely sensitive information from Americans, far more sensitive info than just their citizenship. The citizenship question was removed by President Obama. So putting it back in should not be considered controversial, nor an issue for the U.S. Supreme Court to intrude into. 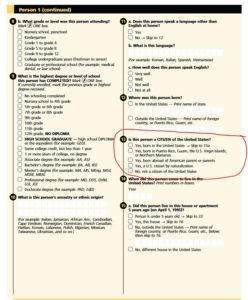 And yet the Supreme Court this week concluded that President Trump is the only President in the history of America who cannot use the citizenship question on the census his administration is drafting. And of Course John Roberts was the deciding vote. The argument against asking someone’s citizenship is that it might produce an undesired outcome to states with a high number of illegal aliens. But isn’t that exactly the purpose of the censuses; to distribute Congressional districts and the federal dollars that follow based on the number of citizens in each state?

The U.S. Supreme Court should be a nonpartisan umpire in this matter. Instead Roberts and the Court took partisan sides and exposed themselves as just politicians in black robes not deserving of the respect and power they claim to dispense.  Over the last 2 years, we’ve watched the courts obstruct one Trump policy after another, but we believed that the high court would bring order to the process and justice in the end. But we now see the High Court is populated by too many partisans and as such cannot and should not be respected any further. Not because they dare to disagree with me or President Trump on a single issue. But because this issue clearly exposes them as petty partisans willing to use the institution to play politics.

Interesting to note, the “High Court” did not decide there could not be a citizenship question on the census, as requested by the Trump Commerce Department. Instead, it said that a citizenship question might or might not be a good idea, but to include it, the Commerce Department needs to explain its reasoning—”its actual reasoning, not something cooked up after the fact.” So the Court remanded the case back to the U.S. District Court for the Southern District of New York, where liberal new York Judge Jesse Furman will issue a ruling after more discovery. Furman is expected to order the case sent back to the Commerce Department for the assemblage of a new “administrative record”—meaning a voluminous file of factual material the agency relied on to conclude that the question was needed. This is just a delay tactic and a political trap for the Trump Administration.

I say a political trap for the Trump administration, because any answer they give will be wrong. The fact that the question was in the census since 1900, then removed by Obama and now put back in by Trump does not provide a legal a basis in the first place for any court to intervene. The census questionnaire is a political issue resolved in the last election when voters elected President Trump in order to push back Obama’s Globalist polices the majority of Americans rejected.