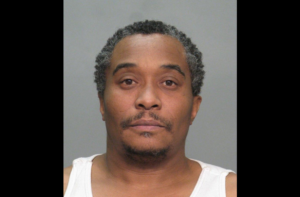 On August 30, 1997, an 18-year-old woman was walking home from a friend’s house in Columbus, Ohio when a stranger violently attacked and raped her. She went to a hospital, had a rape kit collected, and reported the crime to police.

The crime lab analyzed the kit and DNA evidence was obtained, but no further steps were taken in her case. Her case sat on a shelf at the Columbus Division of Police Crime Lab for over 19 years.

In 2016, as part of a cold case initiative, her kit was sent to the Ohio Bureau of Criminal Investigation for further analysis. The state lab re-tested the kit, developed a suspect DNA profile, and uploaded it to the federal DNA database, where this time they found a match: Joseph E. Carter.

Carter was well known to law enforcement agencies in both Columbus and Cuyahoga County—he had previously been arrested for aggravated murder, domestic violence, and an array of drug-related offenses.

In March 2016, Carter was found in Tulsa, Oklahoma and extradited to Columbus to face trial for the 1997 crime. Last month, 20 years after the attack, Carter was finally convicted for rape.

Joseph Carter’s case isn’t the only cold case solved by testing old rape kits. Dozens of other cases have now been solved leading to convictions across the country after law enforcement officials stepped up rape kit testing last year after a federal grant program pasted congress to fund testing the backlog nationwide.

Assistant Attorney General Wes Duncan testified before the State legislature seeking support for Assembly Bill 97 to require police to test rape kits within 120 days. At first the Democrats opposed it and wanted things to remain the same where rape kits could languish forever without being tested. But after considerable media pressure, Democrats have now agreed to the 120 testing requirement.

The bill recently passed the Nevada Assembly Judiciary Committee and is now sitting in the Ways and Means Committee waiting to be heard. As of today there is no scheduled hearing for the bill. Next week is the deadline for the bill to get a hearing to move forward or it will die. The 2017 Nevada State Legislative Session ends in three weeks.