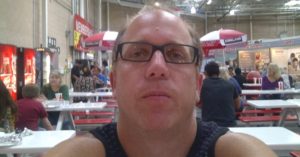 As a follow up to our telephone conversation of January 11, 2017, I would like to provide the
documentation you requested concerning the activities of disbarred attorney Phil Singer (State Bar No. 7914). In review, I contacted the State Bar of Nevada inquiring about Mr. Singer’s “employment status” in regard to his requirement to “notify the State Bar” should “Singer work in the legal community during the time of his disbarment” (see, Attachment A). Based on our conversation, it is apparent Mr. Singer is in clear violation of the Supreme Court of the State of Nevada, Order No. 57548 filed on December 21,
2011.

Per our conversation, you were able to confirm the same information that is made available to the public on the State Bar of Nevada website within the “Find a Lawyer – Search Attorneys.” The sordid business history of Mr. Singer’s legal practice is readily available detailing the Order of Temporary Suspension in 2008, Order Approving Conditional Guilty Plea in 2010 and Order Approving Revised Conditional Guilty Plea in 2011.

The conditions of Mr. Singer’s disbarment are clearly detailed, specific to the matters of my inquiry are provided in the Order Approving Conditional Guilty Plea in 2010 stating: “4. That should Respondent work in the legal community during the time of his temporary suspension and disbarment, that he notify the State Bar of the attorney he is working for and the scope of the employment so that the State Bar can ensure Respondent is receiving adequate supervision. Respondent shall continue to notify the State Bar should he change
employers.” (see, Attachment B)

Further in our conversation, you disclosed additional information addressing the purpose of my inquiry that is not made available to the public via the website. You stated that based on the information available in the Mr. Singer file before you, the last note inputted was dated all the way back to 2012 which documented a communication having nothing to do with “employment status.” In fact, apparently there are no notes that Mr. Singer has ever contacted the State Bar to update any information concerning his employment working “in the legal community” since he was disbarred.

Based on our conversation, it is very disconcerting that Mr. Singer has been working for the Law Office of Dan M. Winder, P.C. of Las Vegas which would be in violation of an Order issued by the Supreme Court of the State of Nevada.

It appears neither Mr. Singer or the law firm appear to have any respect and/or concern that his working as a “law clerk” without notifying the State Bar is a direct violation of the Order issued in 2011. The fact of his employment in the “legal community” has been repeatedly documented in a case currently being adjudicated in the District Court Clark County, Nevada before the
Honorable Joe Hardy (Case No.: A-15-724483-C).

The evidence of Mr. Singer’s employment as a law clerk for the Law Office of Dan M. Winder is irrefutable. The involvement of Phil Singer as a law clerk for the law firm has become a very contentious issue resulting in a number of different legal arguments significantly affecting the case:
A) The employment can be confirmed back to at least April 16, 2014. The Defendants in the case referenced received a communication from Phil Singer working on behalf of the Law Office of
Dan M. Winder, specifically working on behalf of Dan Winder (see, Attachment C). This document has been entered into the Court’s Record in several filings.
B) This employment can be confirmed to be as recent as January 27, 2017 when a subpoena for Mr. Singer was delivered to and accepted by the Law Office of Dan M. Winder at 3507 W. Charleston Blvd., Las Vegas, NV 89102 (see, Attachment D). Again, filed in the Court’s Record.
C) An Order Requiring Production of Declarations was entered by the Judge Hardy during a hearing on December 13, 2016 (see, Attachment E). Addressing the issue of Mr. Singer’s involvement in the case, it was determined by the Court a Declaration detailing the circumstances was necessary to properly rule on the Defendants Special Motion to Dismiss (Anti-SLAPP). The language of the Order identifies specific requirements to be addressed in a Declaration of Mr. Singer. There can be no dispute that Mr. Singer has been in violation of the terms of his disbarment. The Order states relevant information for the State Bar’s review: “Plaintiff is required to submit to this Court an affidavit or sworn declaration from Phil Singer, the person who has been represented to this Court to be a current law clerk at Plaintiff’s counsel’s firm.”

D) The Defendants in the case pursued the non-compliance of Mr. Singer by filing an Application for Order to Show Cause on January 5, 2017 (see, Attachment F). The filing details the actions of both Mr. Singer and the Law Office of Dan M. Winder in their ignoring the Court’s Order. The Court scheduled an Order to Show Cause hearing for February 8, 2017. It is worth noting the purpose of having a Subpoena served upon Mr. Singer as previously discussed was to assure he will be present to testify as to his participation as a “law clerk” in violation of the terms of hisdisbarment.
E) After the non-compliance by Mr. Singer of Judge Hardy’s Order and the Order to Show Cause Hearing scheduled for February 8, 2017, the response by the Law Office of Dan M. Winder was to file a Writ of Mandamus/Prohibition on January 10, 2017 (see, Attachment G). When you weed through all the smoke and mirrors of nonsensical legal arguments, the basis for the filing amounts to an alleged “attorney client privilege” issue.

This is truly ironic considering the argument involves the activities of a disbarred attorney working as a “law clerk” who is also prohibited from ANY “employment” in the “law community” without notification being provided to the State Bar and his prohibited communications with the Defendants. Also, buried in the 215 pages of nonsense is the most germane admission relevant to the State Bar which is found on page 8 confirming: “In the instant case, the district court has ordered the Petitioner to produce an affidavit from Phil Singer, an employee of the Law Firm of Dan Winder, LLC.” And also, “In this affidavit the district court is requiring Mr. Singer to admit to sending this alleged order of expungement or provide a copy of the attachment he sent to the
Respondents.”
F) It is not a surprise that such a transparent attempt to avert being held accountable for non compliance of the Court’s Order based on such ridiculous legal basis drivel was rejected. On January 30, 2017, In the Court of Appeals of the State of Nevada, the Writ of Mandamus/Prohibition was summarily denied (see, Attachment H).
G) It is interesting to note that the Law Office of Dan M. Winder may have been aware that the employment of Mr. Singer could possibly represent an issue that required attention. This may
explain the unjustified and legally unsound arguments put forth in a Motion to Seal Records and Proceedings on December 9, 2016 to have been an attempt to bury the public records that clearly expose Mr. Singer’s employment which has been a clear violation of the conditions of his disbarment (see, Attachment I).
H) Again, such tactics to hide Mr. Singer’s activities were rejected by the Court as the Motion to Seal Records and Proceedings was denied.

As previously stated, the evidence establishing Mr. Singer’s employment in the “law community” is irrefutable. An issue that has occurred to me since our telephone conversation and researching the multitude of filings submitted in the case before Judge Hardy, what is the culpability of the Law Office of Dan M. Winder? Should it not be a concern that merits the attention of the Nevada State Bar if a law firm knowingly hired and continues to employ a “law clerk” in violation of an Order issued by the Supreme Court of the State of Nevada? Is it not a matter for the State Bar to investigate in order to protect the public from the very circumstances that have occurred in the case being litigated in the District Court currently?

Based on the provided evidence for the State Bar’s attention and review, I would like to request that a formal inquiry be initiated to determine the veracity of allegations presented and if any potential violations of the Nevada State Bar may be have occurred by either Mr. Singer and/or the Law Office of Dan M. Winder. If true, it is likely that such violations could have relevance to any number of past and present litigation beside the case currently before the Honorable Joe Hardy (Case No.: A-15-724483-C).
Sincerely,

More information and exhibits can be obtained by emailing barcomplaints@gmail.com