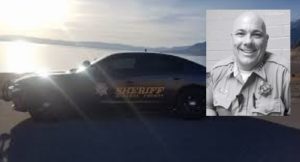 Mineral County Sheriff, Randy Adams, became the eleventh Nevada Sheriff to officially join the 2nd Amendment Sanctuary movement declaring the gungrab law, SB143, unenforceable and unconstitutional. “It is my belief that the best way to serve our citizens as a sheriff is to address this issue with unity,” Sheriff Randy Adams.

The United States Constitution is the foundation upon which this great country of ours is built. It is what binds us together as one people. The Sheriffs of the State of Nevada are Constitutional Officers, sworn to uphold the Constitution of this Sate and this Country.

In recent months, tragic events have occurred causing much discussion pertaining to firearms issues and the Second Amendment. Information is being distributed at a rapid pace; some factual, some controversial and some without merit. While firearms will certainly be discussed as part of any conversation dealing with these events, other issues such as mental health, The Health Insurance Portability and Accountability Act (HIPAA), illegal use of controlled substances, and criminal gang violence must be included as integral parts of these conversations.

We have all seen what persons who have mental illness, who are users of illegal controlled substances or are members of criminal gangs can do with weapons in their hands; any weapons, not just firearms. As it currently stands, many of these individuals are not entered into the National Instant Criminal Background Check Systems (NICS), for a wide variety of reasons. This issue must be addressed at both the national, state and local levels. HIPAA must be amended to allow or even mandate reporting of the mentally ill by certain health care providers. Courts must ensure the entry of persons who have been adjudicated mentally ill or convicted of disqualifying crimes. Persons who have been validated as criminal gang members should be prohibited from purchasing or possessing firearms. Local jurisdictions must make NICS entry a top priority. Information systems must be utilized to their utmost potential.

The Sheriffs of the State of Nevada do not believe that the answer to this issue includes making criminals out of otherwise law-abiding citizens. As the old saying goes, ‘When guns are outlawed, only outlaws will have guns.’ The answer lies within a myriad of approaches including education, addressing violence, keeping firearms out of the hands of the mentally ill, criminal gang members, and illegal controlled substance users, as well as prosecuting and incarcerating those who use firearms to commit crimes.

While there are certainly those who believe these rights under the Constitution are soon to be lost, we believe a systematic logical approach to the issue is warranted and will work to preserve these rights. The Sheriffs of the State of Nevada are here to enforce the laws and uphold the Constitutions of this State and this Country. We will do so with all persons, while still protecting our Second Amendment freedoms.

The Second Amendment is important to us, and we as Sheriffs will uphold all that it stands for. We will work within the law and not succumb to perceived threats, rumor, false, or malicious information to weight our decision making process.

We as Nevada Sheriffs support The Right to Bear Arms, and we will do all within our power to uphold and defend its principles.”