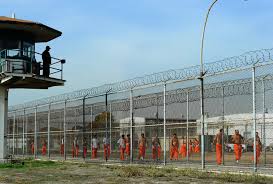 Back in March, Gov. Sisolak banned Nevada pharmacies from prescribing Hydroxychloroquin (HCQ) for CV19 patients until they were on death’s door in a hospital. But right after that, his Department of Corrections ordered more than a thousand doses of HCQ. Now six months later, not one prisoner has died from CV19. The department of Corrections has reported dozens of cases of CV19 among prisoners and staff, many of those cases coming from county jails and from hospital visits by prisoners, but not one death.

The Nevada Department of Corrections refused to say whether prisoners with CV19 are being treated with HCQ, siting privacy rights. With some 14,000 prisoners sitting in Nevada cells, it appears the Nevada Prison system is the safest place to be from CV19, with a 100% survival rate so far.