WHY DOES THE GOVERNOR OF NEVADA NEED ROOF TOP SNIPERS AND A PRESIDENTIAL TYPE POLICE MOTORCADE? 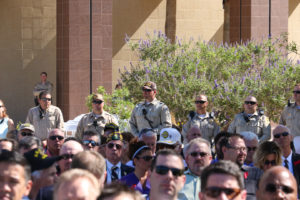 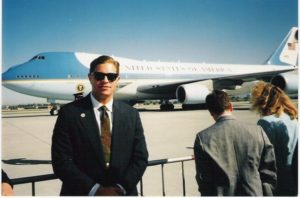 Last Friday I attended Governor Sandoval’s Veterans Memorial dedication ceremony at the Grant Sawyer Building. And the new memorial is amazing. But on the way to the ceremony I was stuck at a traffic light and observed the Governor of Nevada escorted by at least ten police cars and motorcycles in a Presidential style motorcade drive by. I actually managed motorcades for a real President in 1992,  George H. W. Bush, in his reelection campaign. I actually drove a vehicle several times in the motorcades over the course of that year as well. So when I saw Governor Sandoval with a similar motorcade it was shocking. Why on earth does he need for all that security? And to top it off there were snipers on the roof at the Grant Sawyer Building protecting him. 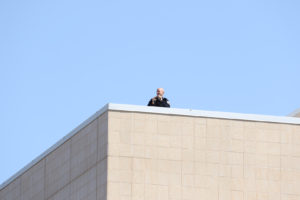 In contrast I’ve seen a sitting Nevada Governor drive himself to a meet and greet, set up his own card table, stand there handing out business cards and shaking hands. I’m not sure why Govenor Sandoval feels the need for all that protection. Frankly he’s not that important and he certainly is very replaceable with any political hack in office today.

The real question is what’s his justification for spending tens of thousands of dollars on such extravagance?

I feel the people of the State of Nevada deserve an answer after being hit with the largest tax increase in history after claiming the state was broke and desperately need the money to pay for our schools?

Just remember that the next time Govenor Sandoval claims he needs to raise your taxes and can’t find any money to cut. Maybe he should just drive himself like the rest of us taxpayers.