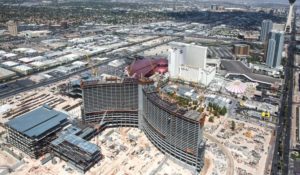 As Nevada’s unemployment breaks below 4.2% from a high of 13.7% back in October 2010, Nevada’s welfare system has seen a huge drop in demand. From a high in 2016 of 438,940 people receiving SNAP benefits, money to help buy food, down 10% down to 390,000 for 2018. But Nevada has taken in 300,000 more people over the last 6 years. So even with a 10% surge in population, the drop in food welfare benefits over the same period is actually a bigger deal than the numbers actually reflect.
The government reported unemployment numbers down to just 4.2 in March of this year.

There are now over $6 Billion in projects under construction currently and or planned just in Las Vegas.

According to the SNAP annual report: SNAP benefits are funded with 100% federal monies. Administrative costs for SNAP are 50% federal and 50% state funds. The monthly average number of persons participating in SNAP in SFY 16 was 438,330. The total amount of SNAP benefits issued to Nevadans in SFY 16 was $627,536,099, which averaged $119.30 per month, per individual. 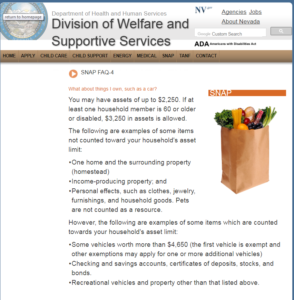 #1. If you own a Mercedes, $10 million in income property, a million dollar 1st home, you can access SNAP benefits.

#2 If an illegal alien couple has an American born child (an anchor baby) they can access SNAP benefits.

The problem, as you can see, the average payout is only $119.30 per month for food for one person to survive on. Imagine trying to survive on $119 per month to buy your food. That’s $1.25 per meal and you can’t buy $1 happy meals at McDonald with your snap card.

So if we really want to help the needy, we need to cut out the greedy.