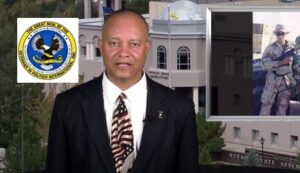 It all started when Steve Sanson interviewed family lawyer Marshall Willick where the two squared off about whether a spouse or ex-girlfriend could use a veteran’s disability income to calculate support in family court. Of course the Family Court Lawyer supported legislation allowing the use of a Veteran’s disability income. And of course Veteran rights advocate Steve Sanson opposed the practice.

Following the interview, Sanson publicly attacked Willick and his public support for Legislation to use Veterans disability income. In the course of their public debate, Sanson also criticized Willick for employing a “pal convicted of sexually coercion of a minor”.

Sanson’s press release said “Willick’s lawsuit targeted Sanson for his speech-related activities, and further, the lawsuit was intentionally calculated to make Sanson incur legal fees he couldn’t afford. Willick must’ve thought it a foolproof plan. Willick himself stood to incur no legal fees because, after all, he represents himself. But it was not to be. The universe today righted itself and Willick’s plan to economically bludgeon Sanson has officially backfired! Today, hope burns bright!” 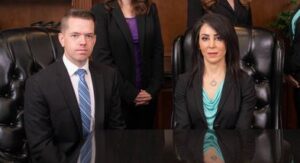 Schoen worked for Willick and according to sources, Willick is funding Schoen’s NEW group.