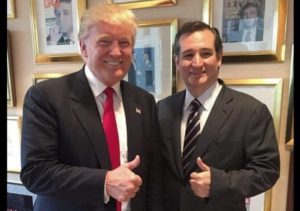 Today at the White House, President Trump signed a bill authored by Texas Sen. Ted Cruz (R) that will expand the authority states have to require people seeking government benefits to pass drug testing. The bill strikes down a rule Obama implemented in October last year restricting such testing.

“After 5 years of battling with the Obama Department of Labor, states like Texas will now be allowed to drug test folks on unemployment to ensure they are job ready from day one,” Brady said in a written statement. “This is a win for families, workers, job creators, and local economies.”

The Democrats all opposed the law in the Senate and only four Democrats voted for the bill in the house.