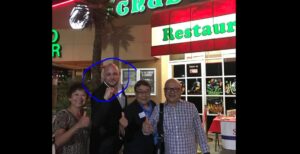 According to law enforcement sources, LVMPD apprehended Paul Laramie’s shooter. His name and mugshot have not been released yet. Video cameras had the shooter recorded either in the bar and/or outside. And someone followed the shooter in their car which may have helped police. That’s all we have currently. We will bring you more information as it comes out. 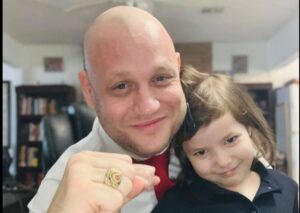 Friday night around 12:30 a.m., local Las Vegas Republican Activist Paul Laramie was shot outside Ichabod’s Lounge on East Flamingo. According to witnesses, Paul just left the bar when another man left right after. His friends found him lying on the ground in the parking lot bleeding out from one gun shot wound to his abdomen.

Paul was transported to a local hospital and went through surgery. According to current information, Paul is in stable condition and resting. The shooter got away but according to witnesses the man is a regular at the bar. 360 News is trying to find out more information. This is still a very fluid situation.

If you have more information about the shooting please contact Las Vegas Metro Police.