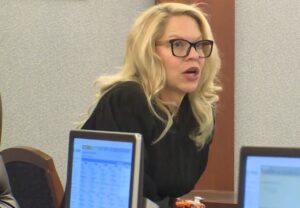 I first met Judge Melanie Andress-Tobiasson in 2010 at a political event. I later had a very serious case in front of her. Judge Tobiasson was sharp, intelligent, and honest. Judge Tobiasson, 55, allegedly committed suicide this week, according to reports. Judge Tobiasson was taken out by the dark side of Vegas after she reported a sex trafficking ring to local vice cops.

She was concerned that her own daughter was being trafficked and asked local police she interacted with to investigate. Somehow, that turned into an investigation of her. I always say the mob still controls Vegas; they just put on suits and got elected. The truth is, Vegas depends on a constant flow of boys and girls demanded by high rollers for sex. $1 billion in monthly gaming winnings takes more than a good buffet to draw whales in.

After Metro Vice cops ignored her requests to help her daughter, she started her own investigation into the sex trafficking ring. This sparked Nevada’s Judicial Discipline Commission to investigate Tobiasson and force her out of office, threatening to convict her of fabricated ethics charges. According to her, Metro Vice Cops were actually protecting the pimp Tobiasson reported to them.

After leaving office, the former judge sued Nevada’s Judicial Discipline Commission in federal court for violating her constitutional rights. Now she’s dead, and so is her lawsuit.

Watch the interview, then ask yourself if she would have committed suicide? 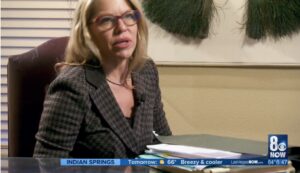